Others in the Martinsville area studied Richardson's products and banded together in 1892 in an abandoned church, producing hickory sapling furniture as a full-time business. They chose the name "Old Hickory" for the new company, the same nickname as the late President Jackson.  When the company incorporated in 1899, a full line of products was available for shipping across the country to homes and resorts.  Old Hickory furniture became so popular that it was going to the new National Park Lodges in the West as well as Great Camps and resorts in the Adirondack Park.  The most famous installation was the Old Faithful Inn in Yellowstone National Park. The original dining chairs that were shipped in 1904 are still in use today over 110 years later.

Today Old Hickory combines designs from the company's history along with more contemporary applications for home.  Yet the process of handcrafting each piece remains very much the same. Attention to detail, the careful matching of parts, the assembly with mortise and tenon, and the meticulous hand weaving process, make Old Hickory Furniture's products unique, stylish, comfortable, and extremely durable. After one hundred years, old-fashioned care continues at Old Hickory Furniture Company, the home of America's genuine, original furniture."  via Old Hickory 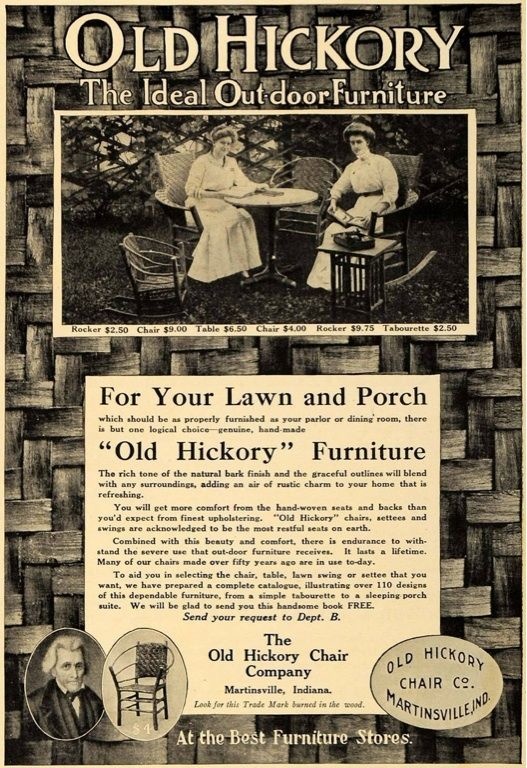 We purchased this pair of Old Hickory Chairs over 20 years ago directly from Old Hickory - now in Shelbyville, IN.  They are lifetime chairs and this original pair of Old Hickory Grove Park Lounge Chairs are ready to stand the test of time.  The original cushions are included {as shown} - they are in excellent condition and just need to be recovered in new or vintage fabric - cowhide - or leather.  Old Hickory has been making furniture in America for over 120 years. Their products are second to none. Make this pair of chairs your own. 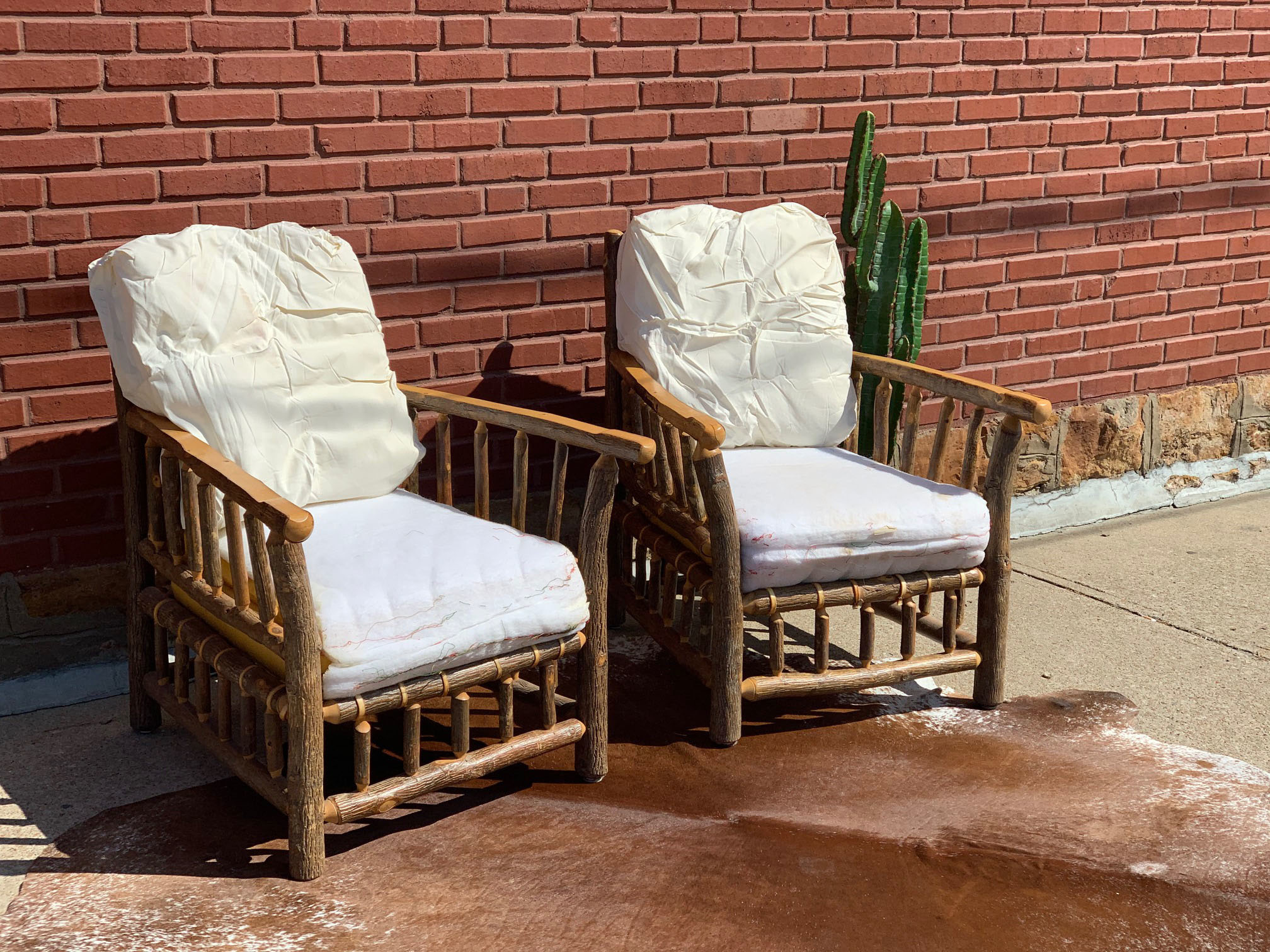 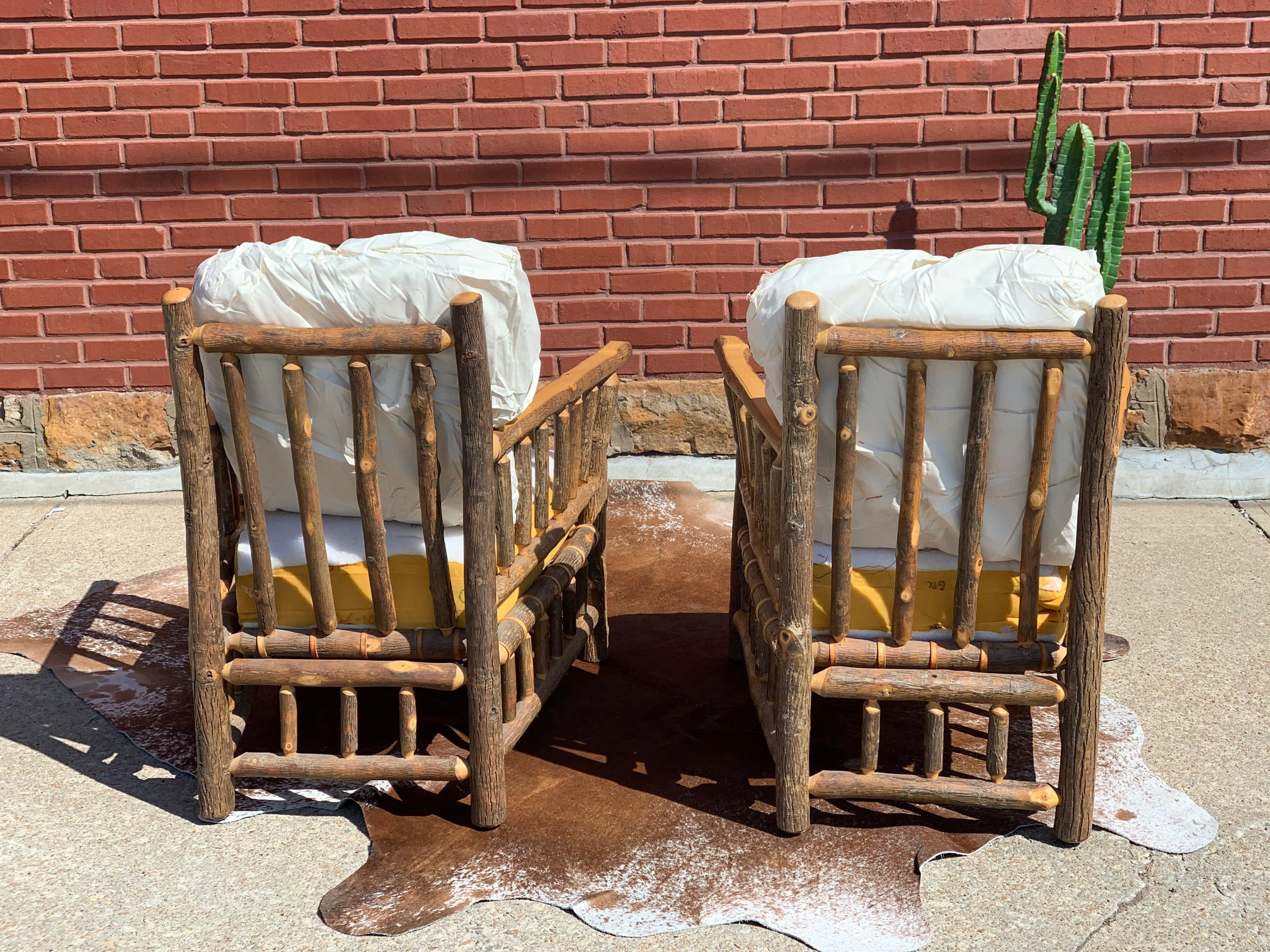