We are doing tons of curbside deliveries on beer, wine and cans of cocktails.  Before the end of the week we will have  an online list of what is available.  In the meantime feel free to message us at 816-878-2278 with questions of what's currently available.

We have also begun virtual beer tastings every Tuesday at 5pm on FB Live - and wine tastings on Thursdays.  IF you are local and want to purchase them prior to the happy hours you can shoot us a text at 816-878-2278 and we will hook you up with a sweet deal on some unique drinks.

This week's beer tasting includes 2 beers from the United State's first craft brewery - Anchor Brewing based in San Francisco.  Their roots go all of the way back to 1871 with lots of changes in ownership, a lot of tragedy, but still remains one of the most traditional breweries in America, a pioneer of the craft brewing movement.

We will Anchor Brewing's signature beer, a lager called Anchor Steam.  Notes from the brewery:
Anchor Steam® Beer owes its deep amber color, thick, creamy head, and rich, distinctive flavor to a historic brewing process like none other.  It is a process that combines deep respect for craft brewing tradition with many decades of evolution to arrive at a unique approach: a blend of pale and caramel malts, fermentation with lager yeast at warmer ale temperatures in shallow open-air fermenters, and gentle carbonation in our cellars through an all-natural process called kräusening.

Also on the line this week is Anchor's Fog Breaker IPA.  I'm super excited to try this one because I love IPAs, the more bitter the better.  The IBU on this one is only 45 {I personally prefer for the IBU to be over 60} but the brewer's notes are intriguing.  Fog Breaker IPA, with its distinctly fruity aroma and assertively bitter taste, is a hoppy, yet crisp and refreshing addition to Anchor’s portfolio. Its intense aromas of ripe pineapple, melons and resinous pine are derived from essential oils in Citra Cryo hops as well as whole-cone Denali and Cascade hops. Brewed with malted wheat and 2-row pale malt, the IPA’s bitterness is slightly countered with hints of light biscuity malt flavors and a smooth effervescent mouthfeel. The sunny inspiration behind Fog Breaker IPA is evident in its appearance—a bright, golden straw-colored body with a lasting creamy head. It’s a thirst-quenching, fresh brew that puts a San Francisco spin on an American IPA.

Our third beer is an American Ale from Revolver Brewing based in Granbury, Texas which is about 45 miles southwest of Fort Worth.  Blood & Honey is an unfiltered, deep-golden ale brewed with malted two-row barley and wheat. Finished with blood orange peel, Texas honey and a blend of spices.  SPICES?? YES let's try this. 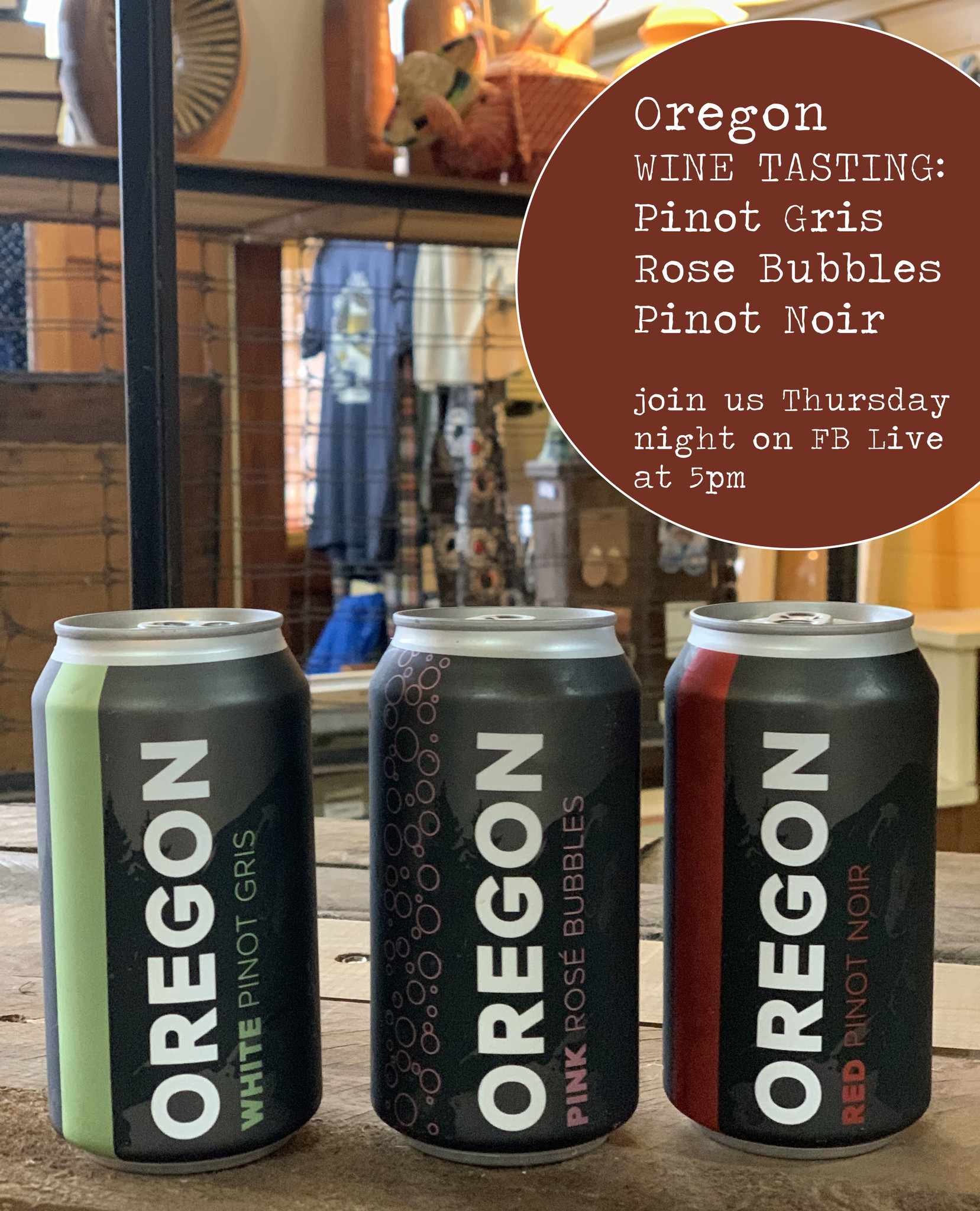 This Thursday we are trying new-to-The-Cellar wines from Canned Oregon which is a line of wine from the Stoller Winery in Dayton, Oregon.  I couldn't wait and had the Pinot Gris last night. It's very good and crisp.  I love what the Canned Oregon website had to say about their canned wine: Oregon wine is synonymous with quality, having earned a reputation to rival the world’s finest regions. We’re providing that standard without fanfare or compromise: the new frontier of wine. From mixing your own wine-based cocktails to enjoying wine in the great outdoors, the traditional rules are off the table. Proof that serious wine can also be fun.

Here is what we are going to try this week, along with the notes from the winery.

Pink Rose Bubbles: Notes of bright, fresh watermelon and ruby red grapefruit leap out of the can. This rosé is our choice for sipping on the porch or lakeside on a beautiful day.
Awards:
86 Points - Wine Enthusiast

Join us on Facebook LIVE at Five O'clock to share notes on what you think of these beers!!